Once you have the TMX file, make sure you create a project in Wordfast Pro with the same language codes as those of the TMX TM. To open the TM:

Note: This will import the translation memory into the newly created WFP SOLR TM format. So, if you need to send back the TM to your client, you need to export the TM back into TMX. 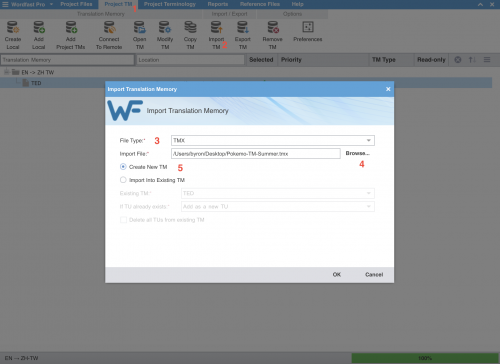 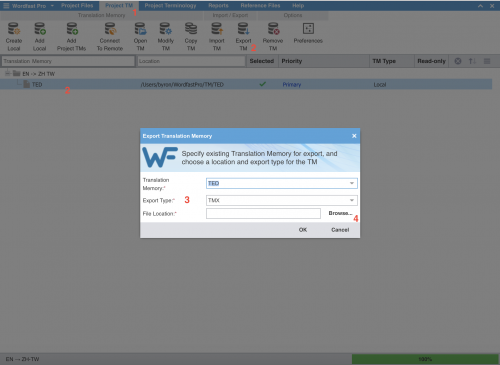